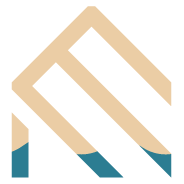 The Sobieszewo Island in its present shape was established only 125 years ago. So far, it is the only island in Poland that was created as a result of human activities.

The activity of nature forces and human interference led to the creation of the Sobieszewo Island. In the mid-nineteenth century, the Vistula flowed into the Gulf of Gdańsk with its main outlet in Gdańsk. Over time, this estuary proved to be insufficient to release excess water to the sea. Blocking the outflow of Vistula waters towards Gdańsk due to ice blockage led to the interruption of the Vistula Spit in the vicinity of Górki Wschodnie. In this way a new mouth of the Vistula was created called the Bold Vistula. In 1840 a peninsula was created, the western part of which was the area of the current Sobieszewo Island.

The current shape of the Sobieszewo Island was given by man and his activities. In order to create better conditions for the outflow of Vistula waters, at the end of the 19th century a 7 km long channel called Przekop Wisły was dug. In this way, the Vistula received a new, main outlet, while the western part of the peninsula became an island in 1895, later called Sobieszewo Island.

Cruise On The Water Tram To The Center Of Gdansk

Relaxing On The Beach